After reading, Monkey with a Tool belt and the Noisy Problem by Chris Monroe, students were engaged in a learning activity that focused on sounds. In the book, Chico can not figure out what is making the “Arooga Boom Boom Clang Clang” sound in his tree house. He sets out to find the sound and ends up finding an elephant stuck in his laundry shoot. Students loved the problem solving and the introduction of a new character. Clark the elephant got lost and landed in Chico’s tree house instead of Elsa’s.

The STEAM learning extension included content in making, music, art, technology and engineering. Third and fourth grade students used their Chromebooks to complete their projects. These classes created a sound using materials in the Maker Studio and recorded them on the app Mic Note. The process of going to the web store and adding an app to the drive was all part of the instruction. Students then learned how to export the sound and make the copied link shareable. This link was then placed in the QR code generator that they had downloaded. Once the QR code was generated, students copied the image and placed their finished product on the google doc located in the STEAM google classroom.

Once QR codes were printed and cut out, they were placed on Chico’s tree house. Understanding the purpose of listening and how sounds are all around us encouraged students to place the QR code according to what room in Chico’s house he might hear their particular sound.

Problem solving, learning new technology, creating and producing a product to share with the school at large was an exciting learning experience. 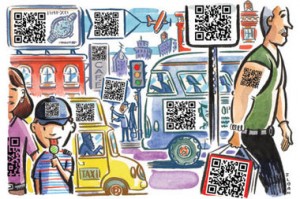 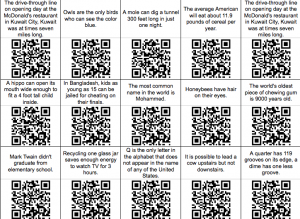